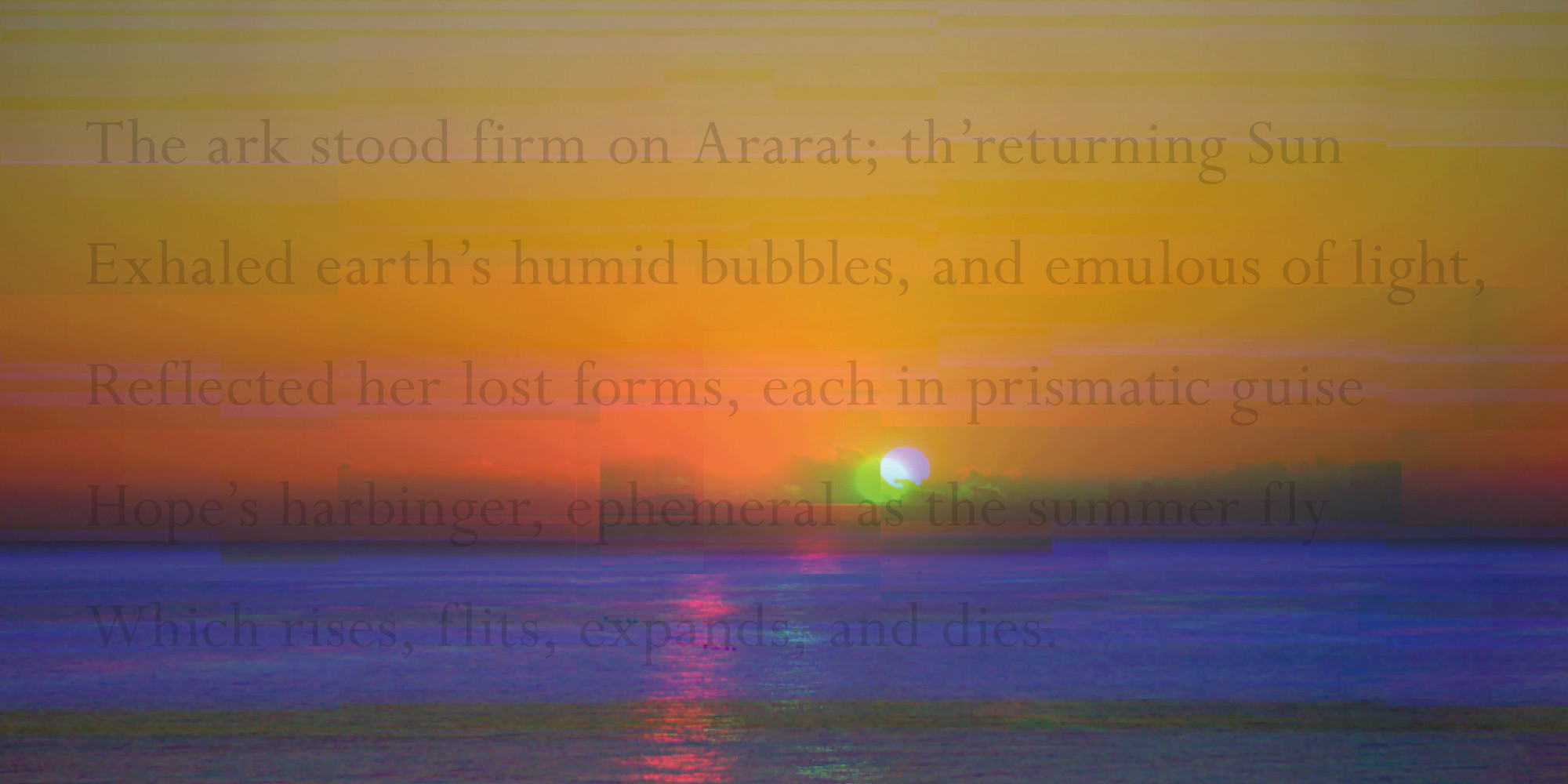 Katsuki’s optical axis of his pixel paintings have a physically displacing effect due to the display of light emissions he uses as paint (modern day images), but in the last year he has been producing art that brushes on artist William Turner, a 19th century painter who is said to be a painter of light.
In this exhibition, as a quest to tackle “that something which goes beyond light” which addresses modern times and the light emitted by displays which can be seen everywhere, he has crossed an installation, in which his visual experiences of illumination, and not just tableau imagery, has been incorporated into, with a video production, through which something quite diverse develops.
On the first floor of the exhibition, you can experience the exhibition ‘Lux’ which consists of his work under his latest theme, and against the backdrop of pictures of ‘light’ and ‘dark’, which have been painted in answer to chromatics based on the philosophy of Goethe through Turner.

His work, which has been named with the Latin name for light, and is a unit of light brightness itself, has been composed from a tableau painted with an image of the characteristics of light in which each color has been disassembled into R/G/B on one screen, and includes the fluctuation of an overlay of color and time.
In addition, his video production and the corresponding “-scape” have been reproduced through the process of reconstructing colors from looking at landscapes and applying them when painting landscape paintings, and then by rearranging and breaking down the RGB values at random, he visualizes iconic imagery which at a glance look like errors in liquid crystal displays. Further transformations of the picture positions it as a simulation of the connection between landscape painting sketches and a tableau.
For other pixel paintings there is an emphasis on materiality through random matiere and holographic-like surfaces, while his ‘Gray’ series of art works, which tackle an absence of color and subjects, will also be on display. When Katsuki was considering the arrangement for this exhibition he commented that, “I envision a time when people lived only with the light of the sun.”
Nonetheless, in the history of painting, and the existence of light which has always been close to humanity, today’s modern life finds us living side by side with equipment that lights up the dark with LCD imagery, and when we experience the materiality that accompanies paintings, as well as physicality and light through mediums, we may find that in the optics and the science of color, which reproduce modern day natural science approaches, that we are coming face to face with an existence of light which can’t be defined.