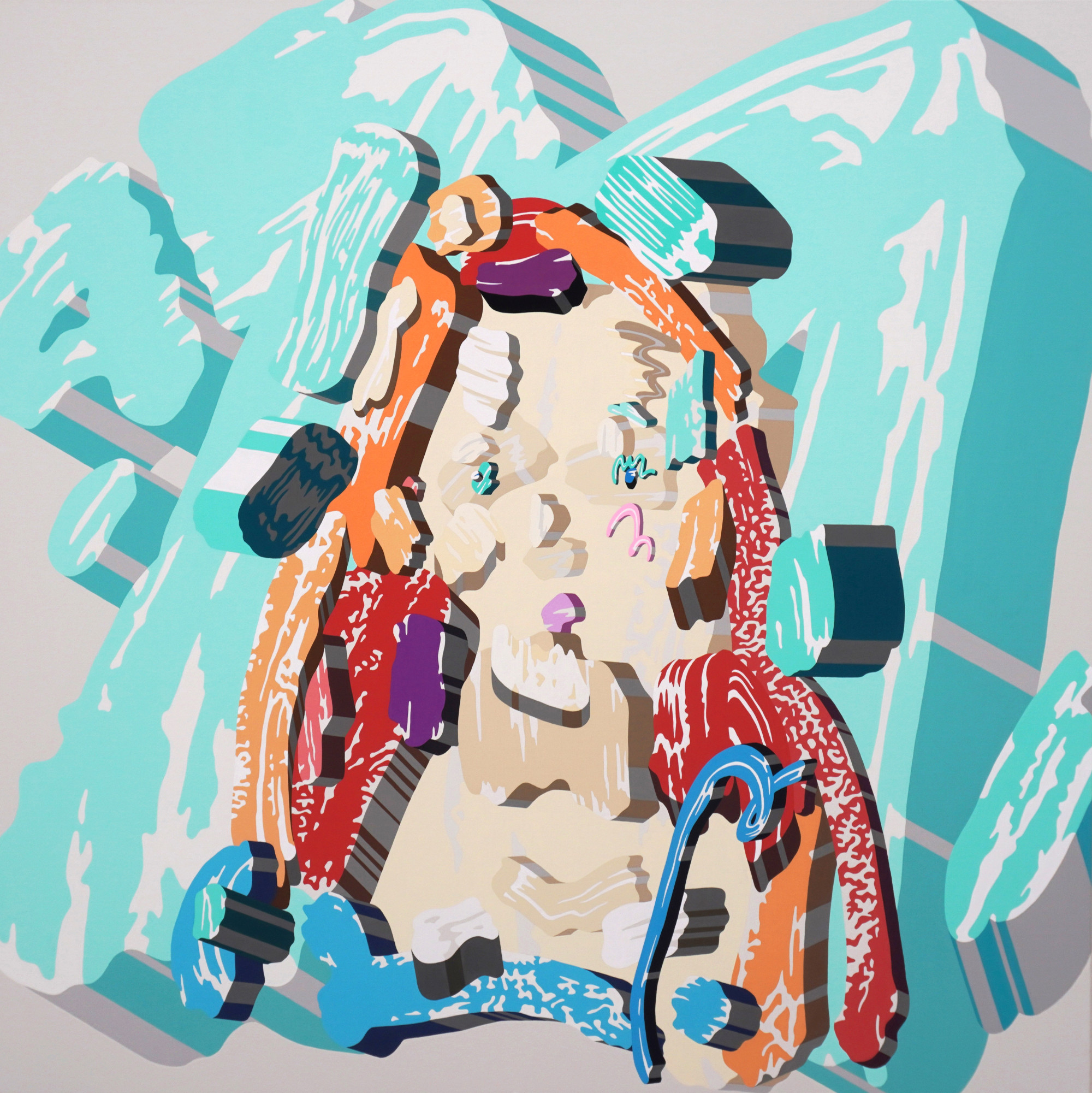 Born in 1983 in Chiba Prefecture. In 2010 he graduated from the Tokyo National University of the Arts Graduate School.
He won the Gold and Hiromiyoshii prizes at GEISAI # 9 in 2006, while he was still studying at university.
He has participated in, and exhibited at venues in Japan and abroad, such as the 2008 Moscow Biennale and the Hong Kong Art Fair.
His work originates in things, captured visually, that he has personal experience of as unstable, changing, optical illusions. He mesmerizes viewers with vivid, brilliant colors and his mechanism of pop motifs that come and go in a 2D and 3D space, in this way he shakes and jolts our visual senses. 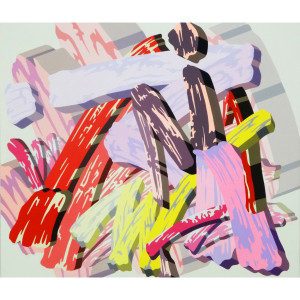 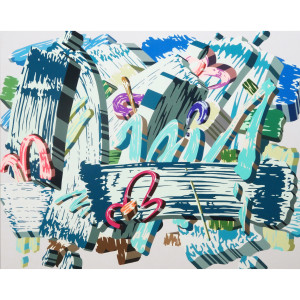 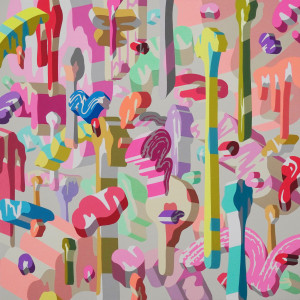 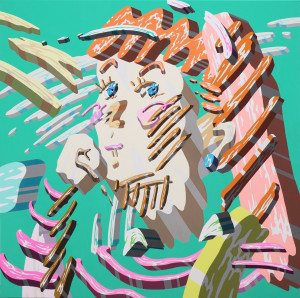 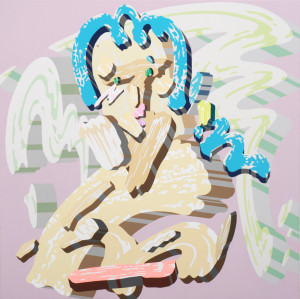