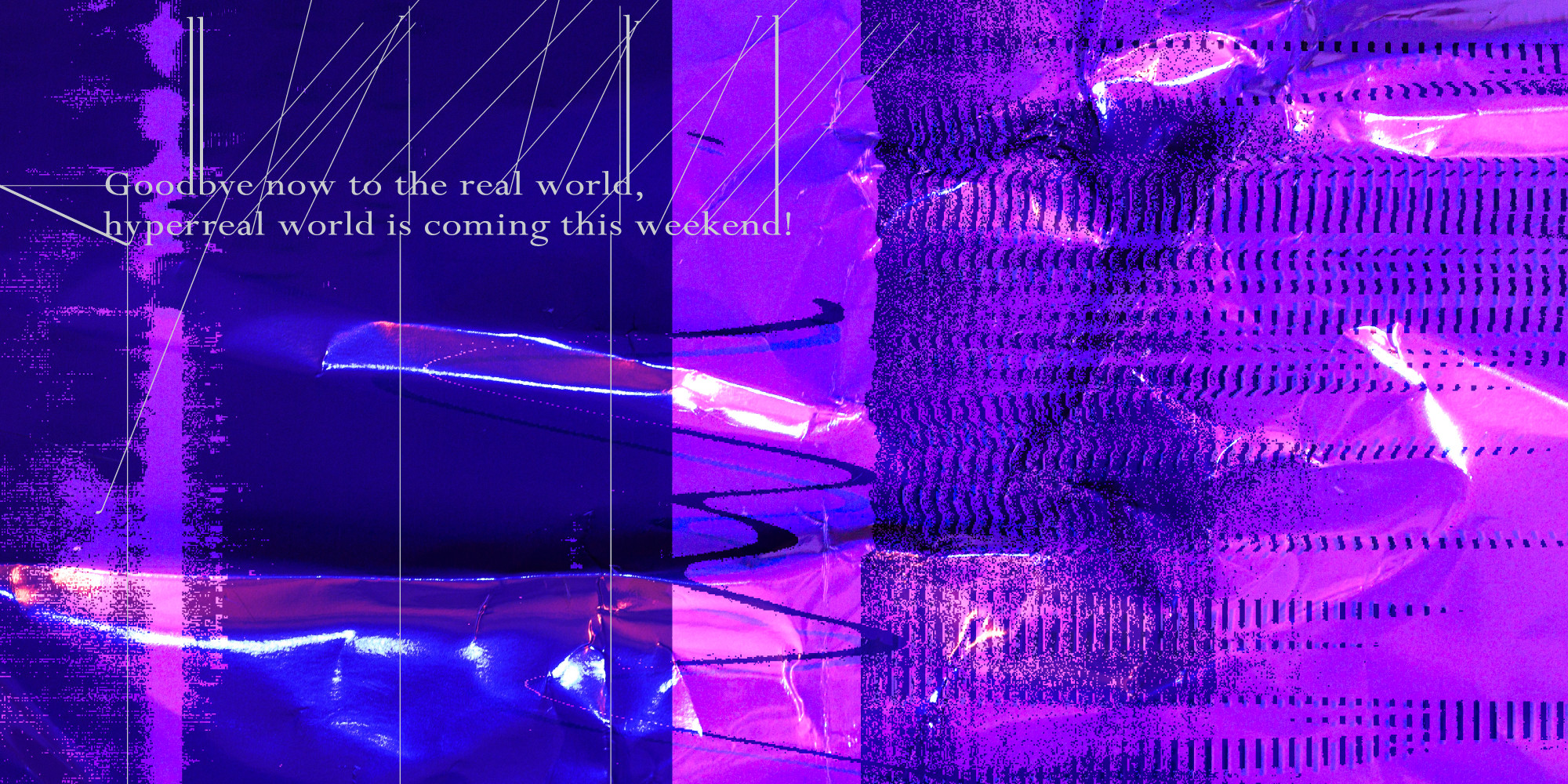 Goodbye now to the real world, hyperreal world is coming this weekend!

In a world which has more than enough information, everything is becoming symbolized.
Symbolized things make them more convenient for people, but along the way they lose their meaning.
In addition, we ourselves are adopting a reality whereby the world is symbolized.
In other words, I think the original meanings and values for existence are becoming harder to find.
Just like the simulacra of Jean Baudrillard, reality is most likely becoming centered on a world of separated hyperrealism.
In this exhibition, I quote this context, and create imitations based on original paintings, ones that have been replicated and copied through mass production.
Also, I have largely divided hyperrealism, which can’t connect a modern day simulation with real classification, into three items, and I have depicted my frustration with modern times.
It is a feeling of wanting to know what is beyond a certain point while not wanting to know the consequences and it is exactly that tension which is what I want to show.
Right now I am ‘here’, but I am not sure if there is really any meaning to ‘here’, this is because I don’t want to say goodbye to this week, or next week, or ever.
–
ISHIKAWA Kazuto uses a technique of photography, which he is fond of, known as a lighting technique, while producing art which confronts modern times and the hyperrealism which is already becoming a reality.
His series of artworks known as “Humanity” have become his motivation to acquiring his own sense of evaluation, and in it he mixes together a massive amount of improvisation and ink.
He expresses, on an ambiguous surface, everyone’s exposure to the vast amount of information we are bombarded with, through images which appear unintentionally, and in last year’s solo exhibition, which was called “Matter of light”, he worked on photography with a new technique which adopted and trimmed light from various angles on one sheet of paper.
The pictures in “Matter of light” are filled with a charming spiritual immersion which is suggestive of unfamiliar yet colorful field paintings, and visitors were allowed to experience the illusion of seeing subjects in the pictures which were unaccompanied by facts. However, on the other hand they had an impenetrable vague tactile sense, like something was being given substance through digital coloring. It included photographs that were akin to pictures and information drifting about on the internet, and there were also photographs which represented physical acts, from repeated manipulation of light to printing and selection. Both sets of artworks stood out as showing the two extremes of different possibilities, as well as Ishikawa’s impatience.
EUKARYOTE will present this second exhibition on the third floor, while on the first floor we will exhibit the first part of his artwork series from “Matter of light”.
On the second floor we will be presenting, as a concluding exhibition, artwork born from collaboration with fashion designer Yuki Hashimoto, who started a brand named after himself in 2018.
On the third floor, which is based on the theme of how both the imaginary and reality in modern times has become vague, we will have an experimental space to allow people to experience the materialization of artwork, which has been pulverized, using projections and VR goggles. This will serve as a contrast against artwork of digital pictures which have been drawn on various kinds of physical media.

About
“NEW ORDER”
It keeps pursuing a new order to next generation by designing with respect to fashion history and culture.
That is believes to be producing design, structure and styling that go beyond trends.

Designer
Yuki Hashimoto
Yuki Hashimoto has launched one’s his brand “YUKI HASHIMOTO” since 2019 SPRING/SUMMER collection.
Graduated from Kyoto University of Art and Design in 2010. And got into Antwerp Royal Academy of fine arts with fashion department.
After Yuki Hashimoto got bachelor’s degree, accumulate experience at “KRIS VAN ASSCHE”, “RAF SIMONS”, and “MAISON MARGIELA”.
Yuki Hashimoto back to the Academy in master program of fashion department.
During master program, “KITAYAMA STUDIO” which is Chinese bag label offered in collaborate with design.
Launched the collaborated bags within YUKI HASHIMOTO 2019 SPRING/SUMMER collection “BAD DAY CAMP”.