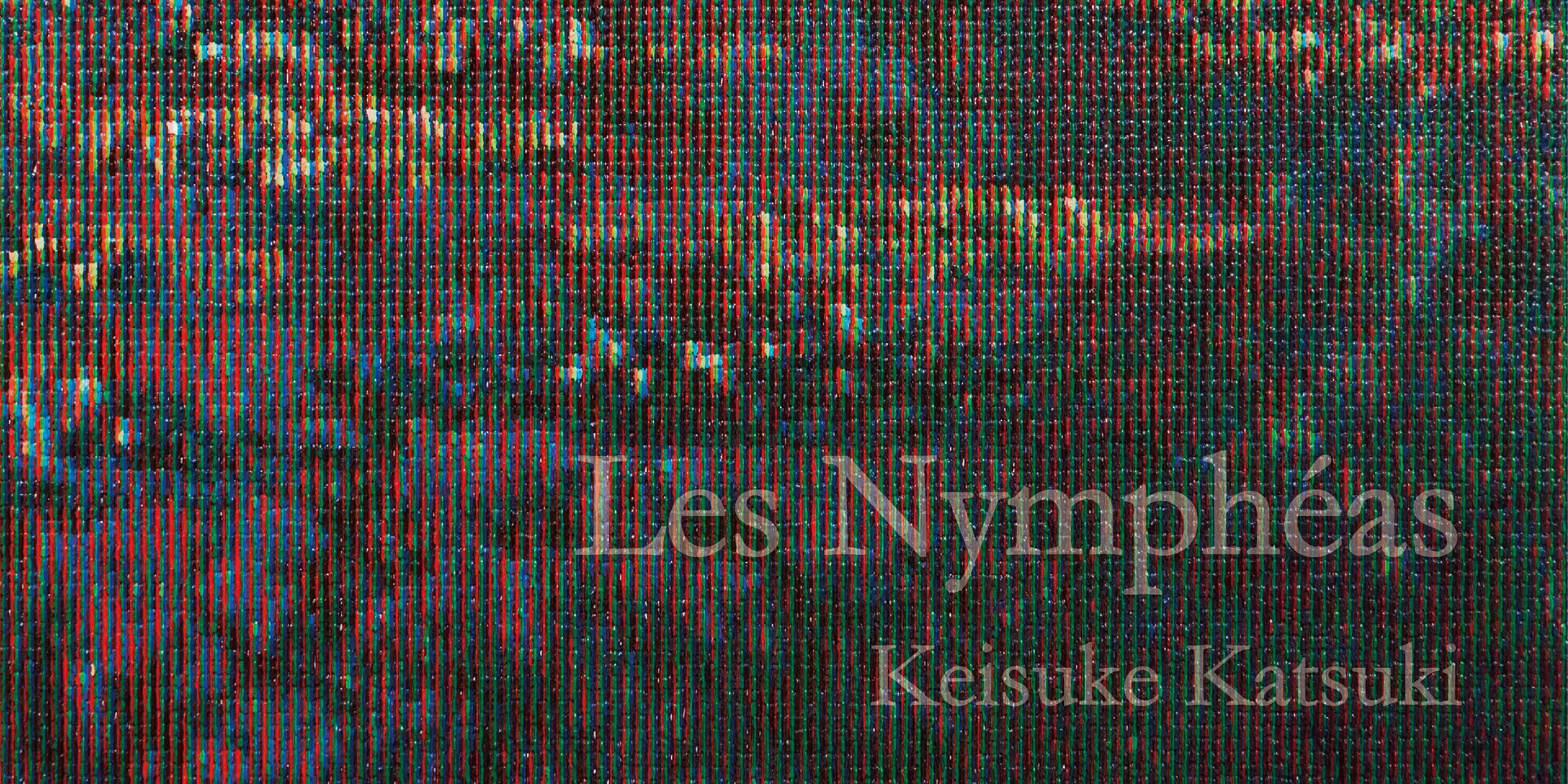 We are pleased to announce the exhibition of a completely new series of work which refers to Claude Monet’s Water Lilies, that can also be said to be a new point of departure for pixel paintings by KATSUKI Keisuke.

The artwork to be exhibited, Les Nymphéas, makes use of pixel painting techniques: the image of the water’s surface in Water Lilies, which emerges before one’s eyes, and depending on the display, starts with the displacement of light emitted by the iconic Water Lilies, which themselves are a mass of acrylic paint, and approaches a tableau that scatters due to the particles of RGB paint that, side by side are both finely distinct and a mixture of colors.
It is an image that is transforming beyond a display which can’t be said to be a real image, as by itself it seems to hang on the shaking of concepts, and our own cognizance of the modern age which we recognize and experience day after day.

Today, over centuries since Monet, the impressionist master, produced his Water Lilies series, his impressionist paintings have been exhibited nearly every year. They have become familiar to many people as the foundation of fine art education. The new vision/color theory, is brought together with the background of those times, and can be said to be rooted in the unconscious against our own cognition.
So, it is also for Katsuki who continuously expresses the relationship between vision and light by the context and techniques of paintings, and as he passes through the modern visual medium, he excludes without hesitation narrative elements on-screen, and the Water Lilies, as a motive for the artwork motif which he has strategically chosen, carry a strong meaning.

This exhibition of Les Nymphéas, which even though it is just a virtual image reflecting a display of the present, is almost the same as the scenery reflected on the water’s surface that impressionist painters of the time would have seen, and it is in the process of expanding our perceptions, while moving our emotions at times, as it functions together with light. Furthermore, it is like an opportunity to feel anew the fascination of paintings that haven’t changed since ancient times yet which are fluidly changing the emotions and personal experiences of the viewer, and the polarity carried by paintings, made up of substances and images, which pixel paintings vividly reveal.